Short coffee break before the performance, browsing through programme and the show started. It was first live performance of Macbeth in my operaexplorer path, thus effect of rich orchestration and impeccable quality of sound both from Staatskapelle Berlin led by Daniel Barenboim and soloists in Schiller theater, which certainly has a lot of advantages due to small size, was overwhelming.
Monastyrska was fierce and dominant Lady Macbeth, while Plácido Domingo was not in his best form, as I have read afterwards, suffering from acute bronchitis.
René Pape was dramatically and vocally impressive Banquo, here I had a lot of paralels with previously seen MetHD Macbeth.
I was very impressed by set design which was minimalistic on one hand, playing only with lights and strange “mountain” in front of the scene, on the other hand this concept allowed to focus on performers and their characters.
Curtain call shots from the  last row in the theater, the applause and cheers were enthusiastic and bravi was shouted in abundance. 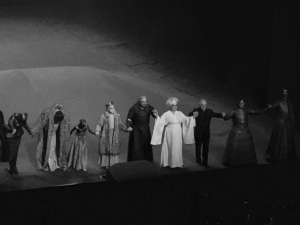 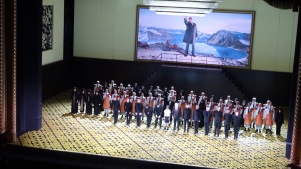 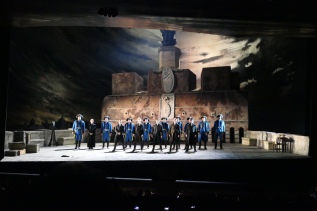 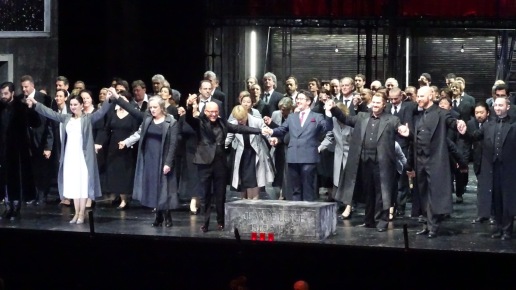 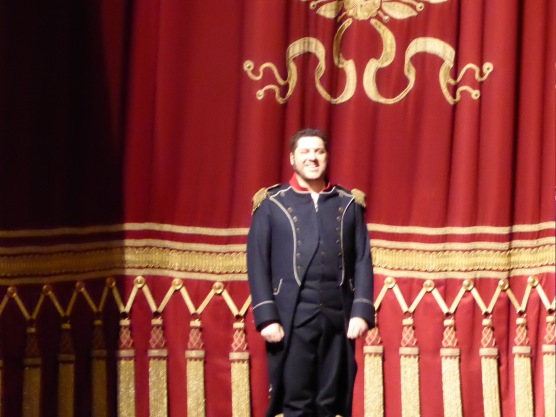 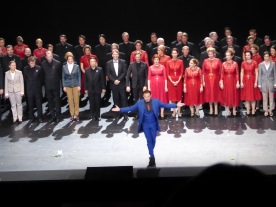 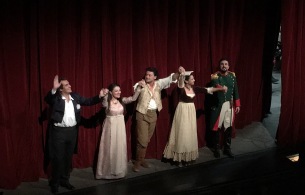 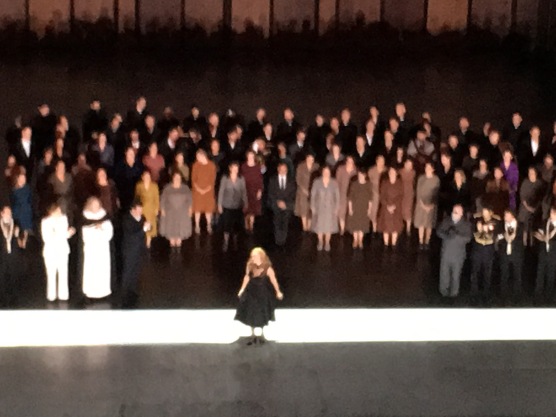 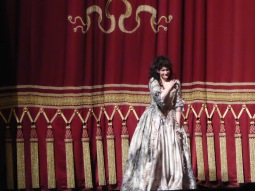 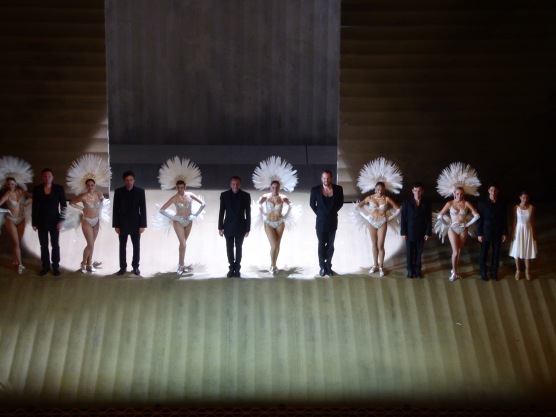 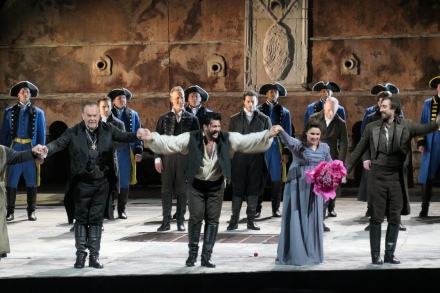 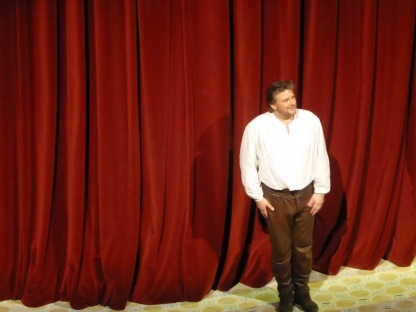 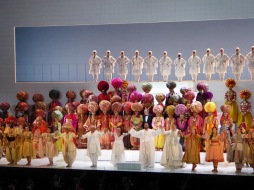 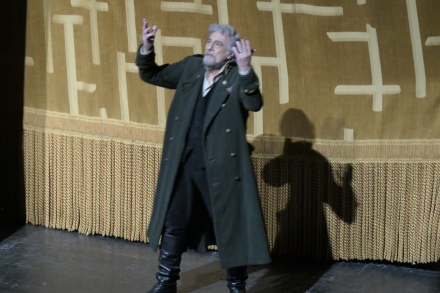 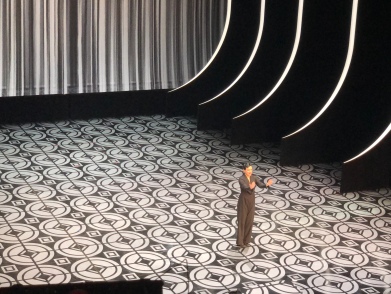 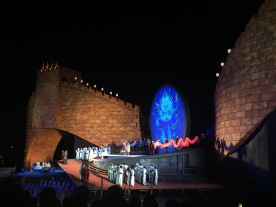 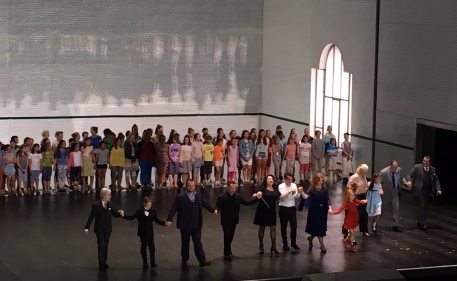 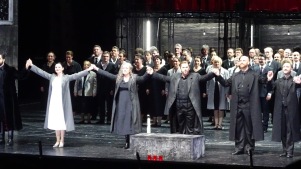 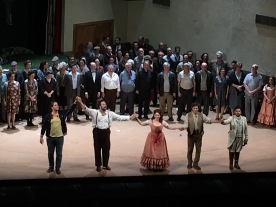 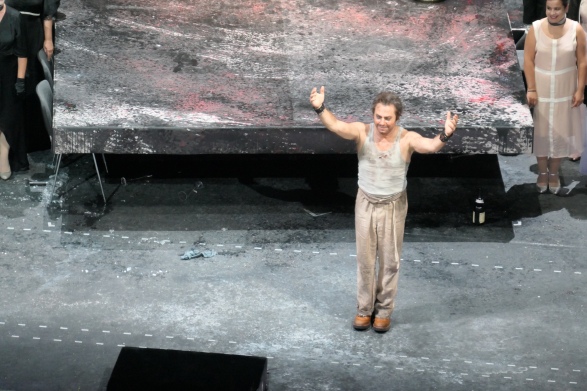 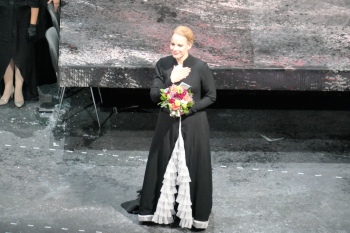 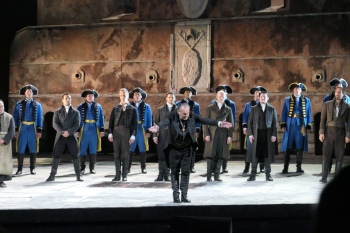 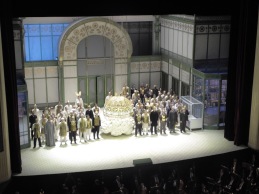 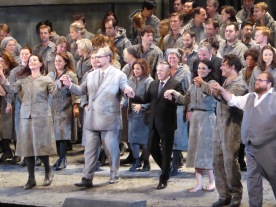 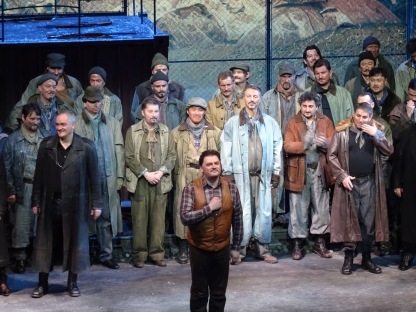 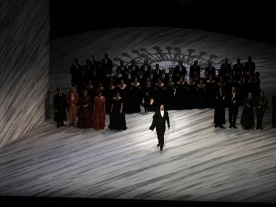 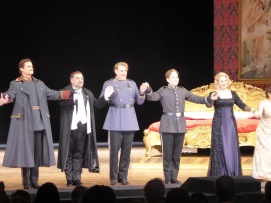 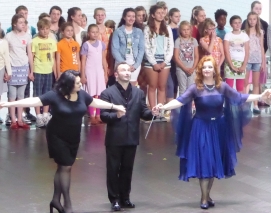 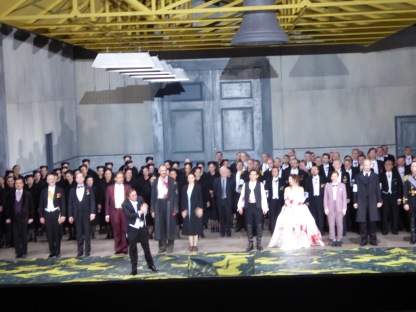